Home > News & Insights > Why brands are taking a stand

Why brands are taking a stand 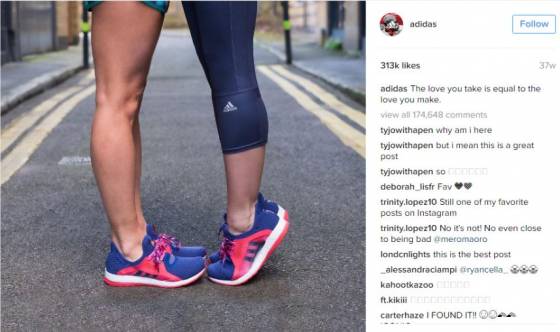 In 2016, we have seen several successful brands take strong public stances on topics varying from equal pay, diversity, and LGBT. H&M recently launched its new diversity ad to reflect the ‘real world’, MTV brought attention to the gender wage gap with its 79 Percent Work Clock, while Unilever featured transgender performers in an ad for its ice-cream brand Magnum.

Brands addressing social issues is nothing new. For example, the Italian fashion brand Benetton has had a reputation for dealing with topics such as race, HIV, and hunger since the 1980s, stimulating debate on controversial topics through its shock-advertising. However, today digital media has moved the scale and impact to another level.  While traditional advertising is still very much part of brand campaigns, social media, a channel where companies can engage directly with their audience, has the power to make social statements even more powerful.

A great example of this dynamic is how Adidas earlier this year chose to celebrate Valentine’s Day by sharing a photo of two pairs of feet in matching women’s running shoes, one on tiptoe – hinting of a kiss. The Instagram post sparked impressive levels of engagement, with more than 300,000 people liking the photo, many praising Adidas for ‘celebrating love of all stripes’. Unsurprisingly, there were plenty of negative reactions as well, with people condemning the brand for supporting LGBT right, some threatening to stop buying Adidas products altogether. However, Adidas had a plan in place for how to deal with the negative comments, and responded with their head high – in response to a customer threatening to buy Nike instead, Adidas simply answered with two emoji’s – one of a hand waving goodbye and one of a kiss.

How can public statements build a stronger brand?

Why are brands like Adidas embracing a trend that incorporates the risk of alienating existing and potential customers alike? The reasons will be manifold, but being vocal on social issues can build a stronger brand in several ways:

Can brands make a difference to society?

And is it their role? Critical voices may say companies should focus on making money, not engaging in in the public debate. However, to succeed today, brands should view their audience as citizens, not consumers; taking a stance on important issues reflects a forward-thinking and responsible company. It shows an understanding of shifting demographics, acknowledging diversity and multiculturalism as business imperatives. However, when companies publicly share their opinions on matters such as equality and LGBT, they also make a public commitment to better behaviour. It is vital to walk the talk internally as well, for example through initiatives that create an equal and inclusive workplace. Anything less would be perceived as hypocrisy, not authenticity.

So can brands make a difference to society? I would argue yes. As part of the societies they operate in, brands can be influential voices in a world where we are bombarded with marketing messages 24/7. When brands choose to back a social issue, it sheds light on an important debate. It also shows that the issue has reached the tipping point of acceptability, and through this accelerating change. Paired with initiatives addressing equality and inclusivity in its own corporate culture, companies can show real social responsibility in the societies they operate in.