Over the last few years, women in workplace has been an issue widely debated and discussed. Women have been encouraged to ‘lean-in’, there have been calls for more women in management positions and importance has been placed on nurturing women along the talent pipeline. Seemingly, it would appear that there has been a positive shift in attitude towards championing women in the workplace.

Nevertheless, the shocking revelations seen across Hollywood in recent months, charity scandals and stories of questionable corporate dinners are a stark reminder that there is still a huge amount to be done to cement equality.

This April, the UK government will publish pay information on all companies (over 250 employees) operating within Britain to increase transparency and indeed, in some cases, improve commitment to closing the gender pay gap. Undoubtedly, many industries will come under fire from this reporting which could have an impact on corporate reputation if it appears that no action has been taken to address inequality.

The power of social sentiment

Although there have been plenty of conversations on raising the bar when it comes to diversity within business, actual change has been slow and in some cases, has come to a standstill. Indeed, in 2017 the UK saw a decline in women in senior positions compared to 2016.

However, the strength of societal sentiment is a clear indication that enacting rapid and meaningful change is possible. As seen with the awesome power of the #MeToo campaign and the consistent awareness given to this cause through acts of solidarity seen at this year’s awards ceremonies - if public sentiment is strong enough, change will ultimately follow.

The collective attitude towards injustice is clear: it will no longer be tolerated. Those companies who are slow to recognise this and do not act accordingly will suffer the consequences. 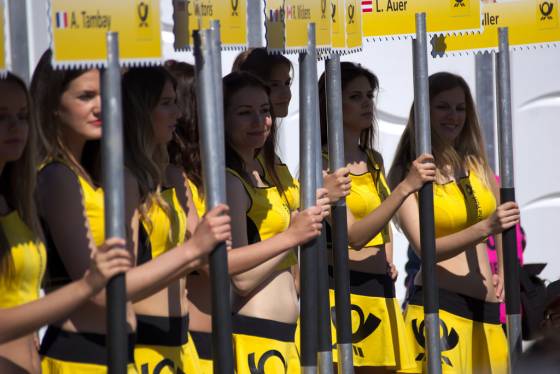 Lessons still to be learned

The most successful companies when it comes to improving diversity and promoting equality are those that are proactive in their efforts.

Formula 1’s recent decision to eradicate the use of ‘grid girls’ is a clear and decisive step in making the sport more attractive to its future audience. As highlighted in its press release, Formula 1 stated that use of grid girls was no longer in line with ‘societal norms’ and did not fit with its own vision for the future of the sport. Similarly, Inga Beale’s appointment as Lloyds of London CEO in 2013 marked a decisive shift in attitude in the traditional male-dominated insurance industry, not only because she was a woman but also openly bi-sexual.

However, as positive as these tokens are, they do not fundamentally address the wider issue.  Formula 1 still has no female racing drivers and very few women form part of pit crews. In the insurance industry there is a similar pattern. Despite Inga Beale’s appointment 5 years ago, women still only make up 21% of top management positions. 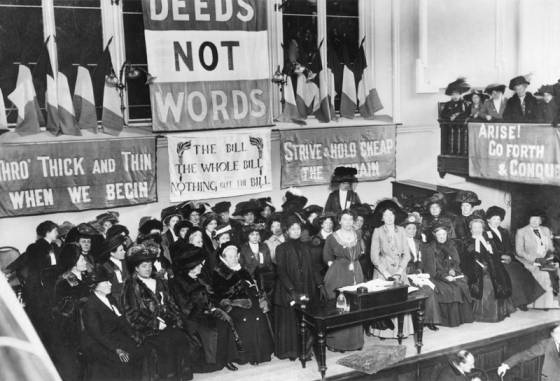 Breaking exceptions and rewriting the rules

2018 marks the 100th anniversary of women over the age of 30 who owned property receiving the vote in Britain. It took a further 10 years until women universally received the right to vote.

Women being given the right to vote was based on the contributions they made in the First and Second World Wars. These pinnacle moments in history brought with them huge social transformation.

Social sentiment still has power to enact real change. Those companies who understand the influence this kind of sentiment has will have the opportunity to transform their companies for the better from all perspectives.

Closing the gender pay gap is the simplest and strongest step to establishing equality within an organisation. Implementing pay bands across your company for roles that require similar skills irrespective of gender, race or sexuality is one way of creating a corporate culture fully committed to the equality of its employees.

Countless studies have shown that those companies with greater levels of diversity see better profit margins, higher levels of employee satisfaction and greater public sentiment. Ultimately, a commitment to diversity has a direct correlation with business success.

When it comes to injustice, the old adage that ‘all publicity is good publicity’ does not stand up.

Complacency when it comes to diversity and inclusion in the workplace is no longer an option. Organisations who do not sit up, take notice and implement steps committed to establishing equality will begin to see a decline in confidence.

In an increasingly interconnected world, news around positive change can travel just as fast as scandals. Enacting change and becoming a leader in your industry when it comes to D&I is not only right, but also makes solid business sense.

100 years on from the monumental decision to give women the vote and in the midst of a societal shift in attitude when it comes to equality, the smartest of businesses are those dedicated to making meaningful change that does not take another 100 years to manifest.

Harriet is a communications professional with experience in social media engagement, media relations, events and launches. Prior to joining Sermelo, she was responsible for the launch of a new business enterprise scheme set up by a London property firm and the showcase of its private art collection, including a Grayson Perry tapestry.