Home > News & Insights > What can we learn from Chester Zoo's fire?

What can we learn from Chester Zoo's fire?

It is  hard to consider everything in the midst of a crisis. Communication is often an afterthought, but it could be the key to preventing escalation and supporting a managed and even a positive outcome.

A crisis communications plan is essential in order to communicate the right way during a crisis. There is no substitute for preparation, and when you are in the midst of a crisis, there is no time for a dry run.

An example of the importance of communication during a crisis was evident when Chester Zoo suffered a devastating fire, on 15th December 2018, in their £40 million Monsoon Forest enclosure. The enclosure housed a number of animals including critically endangered animals such as orangutans, gibbons and macaques, as well as a number of birds, and reptiles. Described as ‘one of the toughest days in Chester Zoo’s long history’ by the zoo’s chief operating officer, Jamie Christon, it serves as an example of how a crisis communication plan should be carried out. 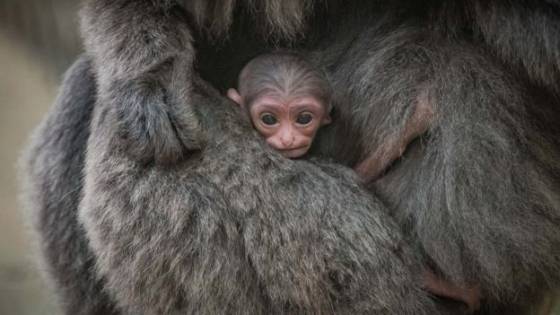 An important part of a crisis communications plan is preparing effectively and this can include liaising with emergency services. Developing relationships and opening up a reliable line of communication with local police, fire and ambulance services can be invaluable when fast responses are required.

Chester Zoo, with the Cheshire Fire Brigade, were able to evacuate all visitors, employees and the majority of the animals housed in the Monsoon Forest enclosure – the situation could have been very different had there been confusion from the emergency services, or a breakdown of communication.

When a crisis occurs, it is important for organisations to acknowledge it and not bury their head in the sand. The longer a problem is ignored, or dealt with behind closed doors, organisations can risk their reputations being damaged, as trust can be lost by employees, the media or the public. Communications should be clear, timely, and transparent, giving necessary information and advice to those affected by the situation.

Through social media sites such as Twitter, Chester Zoo’s communication’s team were able to immediately alert the public about the fire and give regular updates on the status of the incident. Chester Zoo remained a viable news source throughout the duration of the fire, and due to this, it continued to be a reliable and trustworthy organisation for not just the media, but also the public.

During a fast paced crisis, such as a fire, communications can easily be misinterpreted due to the circumstances, leading to confusion and mixed reports. If inaccurate information is reported, it is imperative to correct the misinformation to prevent it being re-syndicated, which could lead to conflicting reports.

When Cheshire Fire and Rescue Service sent out a tweet proclaiming that all animals were safe and accounted for, which was in fact a miscommunication, the tweet was quickly deleted. Cheshire Fire and Rescue Service then clarified that all mammals had been moved to a safe location and Chester Zoo confirmed that a small number of snakes, frogs and birds perished in the fire.

Speaking to the media

When an organisation handles a crisis, it is imperative to have a spokesperson that can give a statement to the media addressing the crisis. This is a role that many may shy away from, as messages can be misconstrued or taken out of context. As was the case when Tony Hayward, BP CEO, remarked that ‘he wanted his life back’ when he was addressing the Deepwater Horizon oil spill, which killed 11 workers. Understandably this caused a huge media backlash prolonging negative media coverage, and undermined BP’s apology for the oil spill.

In contrast, Jamie Christon, Chester Zoo’s COO, addressed the tragic fire with empathy and compassion. Instead of focusing on the devastation caused by the fire, or shifting the blame, Jamie chose to thank both the public for their continued support and praising the staff, and emergency services for their tireless efforts.

End on a positive note

As well as addressing the crisis, it is important to focus on what an organisation is going to do next. During Jamie’s speech, it was announced that Chester Zoo would be directing the huge amount of donations received from the public towards important research that contribute to Chester Zoo’s conservation projects which aim to prevent extinction, which is one of the main aims of Chester Zoo.

The way Chester Zoo handled the fire led to almost £150,000 in donations and a rush of public support. This is a prime example of how a cloud in the form of a crisis, handled the right way through effective communication, can have a silver lining.

Rosanna joined Sermelo in April 2018, having previously worked in communications at SSE. Whilst working at SSE, Rosanna gained a valuable insight into the importance of creating and maintaining effective internal and external communication channels.
Rosanna graduated with a Politics and International Relations degree from the University of Aberdeen, during which she spent a year studying abroad at the University of Wisconsin-Eau Claire. Rosanna also expanded her experience in politics by undertaking an internship at the Scottish Parliament, where she learned to effectively build relationships with key stakeholders.