Efficient crisis management in France and the UK 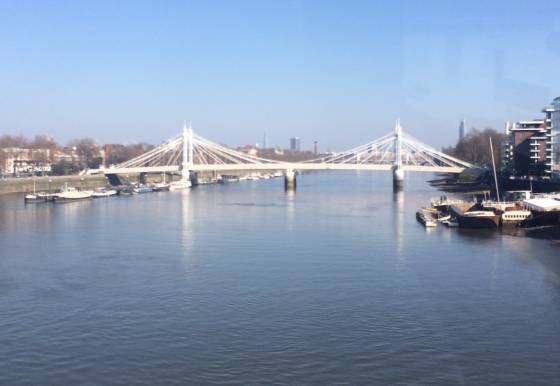 Whenever an institution or company faces a potential crisis, there are always a few important elements that can help it to manage and contain it. Ideally it will involve a series of quick reactions and with the use of good communications will stop an issue turning into a crisis. However, if controversy there is, the importance of transparent, regular communications which accept responsibility cannot be highlighted enough, as much as avoiding the blame game at all costs. But this can only lead to positive outcomes if institutions are culturally aware by understanding the audience and the media they’re dealing with, including different country responses.

It is important to move quickly, before an issue snowballs into a crisis. When done well this will usually stop the descent, and can sometimes even make the situation go away entirely. For example, in the case of the Air France Rio Crash, the company quickly cut short rumours of a wave of resignations from cabin crews (hostesses and stewards), suggested by an article published in ‘Le Parisien’ on July 1st 2009. The company responded quickly and provided proof that this was untrue. The rumour ended there.

In this case, the company was able to shut down the situation quickly by proving the rumours untrue. However, even when there is actually an issue, a company must move quickly to address it. Nothing angers the public and the media more than silence from a company in the face of a crisis.

Often when an issue arises, companies look to blame something or someone (supplier, public authorities, rogue employee, etc), rather than accept responsibility. To a certain degree, this was the strategy adopted by Société Générale in January 2008 with its trader Jérôme Kerviel: ‘This crisis is not our fault, we are the victims of one man’s manipulation’. This is a very risky technique, and while on this occasion it helped minimise the impact on Société Générale, this can often lead to a situation getting worse.

For example, in the UK, in the midst of the Deepwater Horizon oil spill disaster, BP’s immediate response was to deflect blame by sending out a news release that pointed the finger at the owner of the oil rig, Transocean.  BP did not apologise and had little success sending out clear messages to the media and their stakeholders. Reports indicated that BP had also ordered its employees not to talk to media. Taking this approach actually backfired, tainting BP’s usually trustworthy public image, and creating a much worse situation. Quickly, the public began using creative tactics to voice their negativity toward BP. There were fake BP Twitter handles that gained more followers than the real one. Greenpeace had a campaign to rebrand BP, stating that their crisp green sun logo didn’t accurately depict the company’s values. These, and many more examples, created a reputational crisis which went far beyond the initial oil spill.

Soon, BP realised that their initial strategy wasn’t working, and that it needed to take a new approach. BP then created three key messages:

As BP shifted towards this more transparent approach, it did some good in trying to restore its public image, unfortunately, however, their initial approach had left them with little credit in the reputation bank. Had they adopted this strategy from the outset it seems likely that the crisis would not have been nearly as serious.

What this clearly demonstrates is an important shift in crisis communications. Today, companies need to immediately acknowledge an incident without trying to understate events and at the same time, show that everything possible is being done to handle it. This involves adopting a much more open communications position to explain what actions are being taken. This was the strategy adopted in October 2005 by Leclerc, when thirty of his clients, including ten children, suffered from severe food poisoning in South West France. The problem was caused by Leclerc’s own-brand hamburgers. M.E Leclerc responded quickly and tackled the crisis head on. On his blog, ‘De quoi je me M.E.L,’ (a play on words that also means mind your own business) he explained all the measures taken on a near daily basis to keep consumers informed. When the decision was reached to withdraw the product, the supermarket had also already contacted 90% of customers.

Often difficult for management to accept, this kind of open and honest communication can be a company’s salvation. While stakeholders are prepared to accept that a company can make a mistake, they won’t tolerate a company that doesn’t know how to cope with it or attempts to conceal the truth. By adopting this approach, companies will find that they can weather a storm with limited reputational damage.

The impact of cultural differences on efficient crisis management

Cultural differences will have an important impact on the success of crisis communications, mainly in the way the key messages are related to stakeholders and the general public. This will, in the majority of cases, depend on the traditions and ethics of the country’s media channels.

Indeed, British journalists are widely known to ask every single question relevant to their readers, whereas their French counterparts adopt a more ‘prudent’ stance. A good example of this occurred recently when the magazine Closer revealed an affair between French President and 38-year old actress Julie Gayet. British media poured scorn on French reporters earlier this month when Hollande gave his first press conference after allegations of an affair were made public - accusing them of being too afraid to ask probing questions. This led to the Daily Telegraph's senior political correspondent, Christopher Hope, asking President Hollande the following during a press conference: "Monsieur le Président. I know this is a very sensitive subject for you. Do you think your private life has made France an international joke”, later accusing French journalists of "lagging behind" Britain in journalistic ethics as French journalists were "far too deferential to their political masters".

More interestingly, despite causing an uproar in international media, Hollande’s communications strategy seemed to have worked well in France, in which he strongly invoked his right to a ‘private life’, coupled with his determination to carry on what was important: running the country. Even though such a scandal would have arguably forced many politicians to resign in other countries, especially the UK, Hollande’s strategy was to a certain extent backed by the mainstream media and his popularity ratings even received a small bump.

All in all, it is always the case that when a company or institution hesitates, it adds fuel to speculation and controversy, especially if communications are inconsistent. A crisis situation will swiftly punish hesitance. The slightest dissonance is very dangerous when everyone’s attention is focused on you. Institutions must shift towards a more efficient and effective crisis management approach, which includes total transparency, no understatement of the events and proof that every measure has been taken to handle a crisis.

However, the way any taken measure is communicated to the general public may differ from country to country. Institutions should bear such cultural differences in mind when deciding on a crisis strategy.