Home > News & Insights > Under the Influence: But for how much longer?

Under the Influence: But for how much longer?

The Evolution of Communication

Communication between companies and consumers has evolved over time. Currently, we are in the grip of influencer-driven communications. Companies have taken advantage of this new trend of influencer marketing as a way to advertise their products and services to a large consumer base over social networking sites.

For a company to successfully promote products and services, and communicate effectively with consumers, a level of trust is required. It can be difficult for a company to foster a continually high level of trust and positive sentiment with their customers as many people’s perception of a company is impersonal: they associate a company with its logo, rather than a face. Influential people such as celebrities, by contrast (with the aid of social media platforms such as Twitter) have been able to form strong relationships with their fans.

Companies have therefore turned to influential people to boost sales by leveraging the high volume of loyal followers they can attract. These followers, often fascinated by the lives famous people lead, imitate the choices that celebrities make. With very little effort, celebrities can impact the buying habits of their followers to benefit companies.

When Influencing Can Go Wrong

However, this pivot towards influencers has also left companies vulnerable. Evidence of this can be found in Snapchat’s experience earlier this year. In February 2018, after a software update, Snapchat lost £1bn ($1.3bn) as a direct result of a single tweet posted by Kylie Jenner reading, “does anyone else not open Snapchat anymore? Or is it just me?” Just one month later, Snapchat’s share price dropped by 4%, courtesy of another negative tweet, this time by Rihanna. 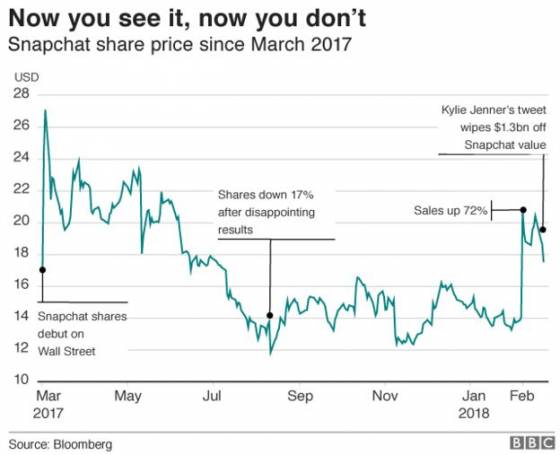 Although the example of Snapchat could be considered as an extreme case, it does beg the question of whether it’s safer for companies to limit social media communications to their 'owned' channels, given the possibility of key influencers, who have a previous relationship with the company, turning against them.

The potential of influencers to undermine a prominent brand is amplified by their networks: rarely is the damage limited to the influencer and their followers. Often, a friend, colleague or peer of similar stature will take up the cause and amplify the original message to their following as well.

An example of a high profile response can be seen when Chelsea Clinton replied to Rihanna’s tweet about Snapchat in a similarly negative tone, causing further damage to the company’s reputation. Thus, the ripple effect extended one celebrity’s tweet throughout other influential networks. In comparison, a company’s reach is usually limited by a lack of high-profile followers and unlikely to spread in the same way as a celebrity’s tweet. Again, this may drastically reduce the hold a company has on its external communication with customers.

Nevertheless, it is worth remembering that if a celebrity has a positive comment about a product, this can lead to massive increases in a company’s share price, as with the case of Oprah Winfrey when she bought a 10% stake in Weight Watchers and publicly endorsed them in October 2015. This action led to a 117% rise in Weight Watcher’s share prices over the course of the following week. 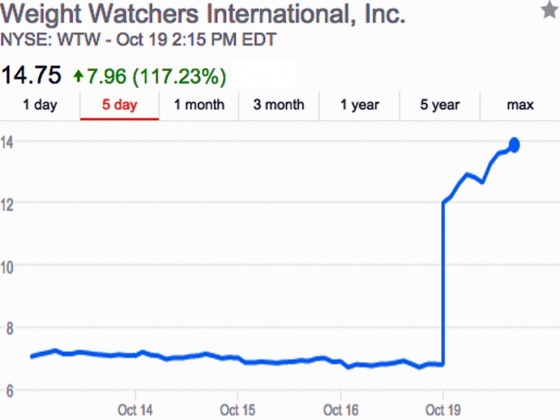 It is questionable therefore whether using influencer-driven communications is a reliable and long-term strategy. A company has to sacrifice control of the narrative in order to reach the wide base of potential customer. Snapchat’s case reminds us that this can come at a serious cost.

Companies don’t have to rely on influencers to be able expand their reach though. In a bid to build trust with their customers, companies have been using a more personalised communication strategy on social networking sites. This includes personal touches such as the simple addition of the customer service agent’s name.

Southern Rail benefited hugely from this personal touch, as Twitter responded positively to tweets written by a 15 year-old work experience student, Eddie, in 2017. His witty replies were widely shared on Twitter, gaining positive feedback for himself and the company. Quick and informative responses can also give companies an advantage over celebrities, as celebrities will not have extensive knowledge on certain products and services.

Becoming more accessible and relatable to their customer base will allow companies to build up personalised trust with their customers. Apart from generating positive exposure for themselves, this will also subsequently have the effect of diluting any potential negative influence celebrities can have on a company’s reputation.

To discuss this topic in more depth, please feel free to contact Rosanna: her email is rosanna.baird@sermelo.com.

Rosanna joined Sermelo in April 2018, having previously worked in communications at SSE. Whilst working at SSE, Rosanna gained a valuable insight into the importance of creating and maintaining effective internal and external communication channels.
[br]Rosanna graduated with a Politics and International Relations degree from the University of Aberdeen, during which she spent a year studying abroad at the University of Wisconsin-Eau Claire. Rosanna also expanded her experience in politics by undertaking an internship at the Scottish Parliament, where she learned to effectively build relationships with key stakeholders.[br][br]Rosanna has always been a keen traveller, and enjoys attempting to cook the food she has encountered during her travels.