The launch of #PRBizResults shows the true value of communications 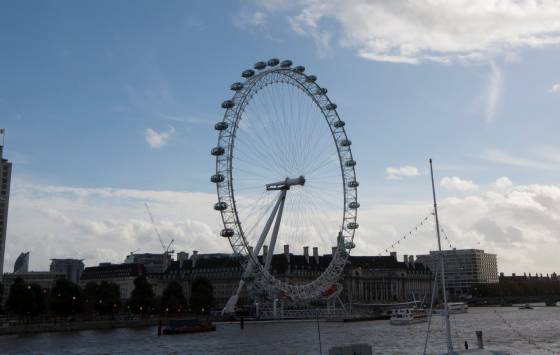 Here at Sermelo, we have just launched a new campaign in partnership with the PRCA called #PRBizResults. The aim of this campaign is to talk to senior executives that work for multinational organisations and find out exactly how different forms of communications have helped their respective companies achieve their business objectives.

For me, there are two fundamental elements to this campaign making it relevant and interesting to anyone involved in business today. They are the following:

We wanted to launch this campaign because, rather ironically, we feel that the communications industry does itself a disservice in talking about the value that it provides to businesses today. Too often, we hear about the results of hiring a communications agency – i.e. - volume of media coverage, number of impressions, click-through rates on adverts, and we completely miss the point of what good communications is really about.

This campaign was created to show exactly that.

So far, we’ve spoken to companies in all different types of industries (B2B and B2C) including insurance, power, technology, retail and food and drink. Below are some of the most compelling ways in which communications have helped the various people we’ve spoken to:

Perception can often be more important than reality

A former Vice President of a global insurance company described his ‘lightbulb moment’ during market researchers’ presentation of the brand footprint of the company. He was initially irritated because the perceptions of stakeholders were wrong, but then the sudden realisation hit that whether they were correct or not was completely irrelevant. Ultimately, perceptions trump reality.

This market research gave the company a springboard to identify which stakeholders mattered to them, and whose opinions they’d like to go about changing. They then devised a strategy with measurable return on investment (ROI) to go and change these perceptions. Without the initial market research, this never could have happened.

Consistent messaging can reaffirm you as a market leader

The combination of internal and external communications has helped play a central role in accelerating a major provider with power to move to a more segmented, solutions focused approach to sales.

Internally, every salesperson was provided with a ‘messaging blueprint’ which allowed them to show the true value and service offered by the company. This messaging didn’t only help the salesforce secure more business though; it also provided consistent and compelling content for media interviews and public speaking opportunities.

When it comes to building a brand from the ground up, social media can be an exceptionally powerful tool. Steph Croft-Simon, founder of NOM foods, is able to use social media to tell the true story behind the organisation’s mission, goals and motivations. The story of her business is constantly being told through various social media channels; to customers, retailers and observers. With social media, she has also gained endorsement and now has an established set of followers, which in essence, have become ‘brand ambassadors’ and go about promoting the products themselves. This, in turn, has been a key part of NOM foods’ exponential growth over the last 12 months.

What these three examples show is that good communications can have an ROI, and bring about real benefits to businesses. At Sermelo, we believe that for a company to be successful today, everybody has to take on the role of communicator; everybody has to represent the business and its values; and every company has to be nimble and react quickly to adapt not only to market conditions, but their competitors’ latest moves. Communication consultants must cut the jargon, and talk about the real benefits of companies becoming more outspoken as a whole. #PRBizResults is a campaign that is aiming to do exactly that.