"We’ve long believed that over time companies tend to get comfortable doing the same thing, just making incremental changes. But in the technology industry, where revolutionary ideas drive the next big growth areas, you need to be a bit uncomfortable to stay relevant."

Larry Page, CEO of Alphabet, who revealed the corporate restructuring of Google and the company's new name, in a blog post.

Wikipedia is a widely used information source for most internet users. Such is its power that "minor changes in wording have the potential to influence public perception and, naturally, how millions of dollars are spent."

Yet its model, that relies on volunteer editors, is not without flaws.

This article from The Atlantic takes a closer look at the covert world of people trying to edit Wikipedia articles - for pay. Well worth a read.

Following an all-night debate after which Greece accepted the terms of a new bailout package from Brussels, Alex Tsipras proves that he can change.

We're big coffee fans and so when we found Timberyard this week, we were quite pleased. The coffee is excellent, the range of cakes and salads brilliant and above all, it has a bright and welcoming atmosphere that encourages creativity.

In its own words, it's a "dynamic, independent creative workspace fused with speciality tea and coffee," and in ours, it's definitely worth a visit.

Quite entertaining, the Twitter Grammar Police account is worth taking a look at. An automated feed, it spots grammatical errors from Twitter users and provides suggestions for how to fix these.

We never tire of the London skyline; here's something we snapped earlier this week. 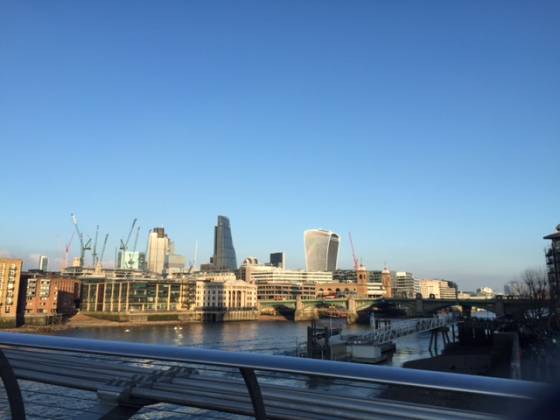