Home > News & Insights > Great expectations and the ‘act of understanding’

Great expectations and the ‘act of understanding’ 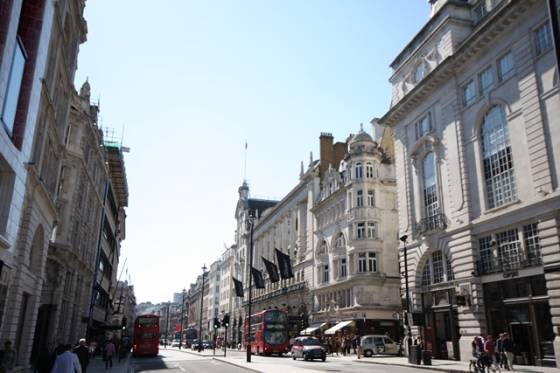 The role of empathy and its status within the business world is often contestable, with many perceiving it at best as a ‘soft-issue’, and at worst, downright absurd. However, when it was recently announced that prominent business and media figure Mark Zuckerberg, the Facebook co-founder, had decided to substantially cut his salary to $1 (putting him in an exclusive club of chief executives who've made similar moves, such as Google founders, Larry Page and Sergy Brin, and HP CEO Meg Whitman), it was done with a full understanding of, and salute to, the importance of incorporating empathy into business leadership.

Whilst the above remain wealthy individuals despite these cuts, the actions that they took showed a level of empathy with consumers globally, in their understanding of wider pay and austerity issues. These actions undoubtedly did their personal, and company image, a level of good as well, but in truth they highlighted to me just how deeply the economic crisis has transformed our expectations today. In this day and age, the capitalist media portrayal of CEOs as riding chauffeur-driven limousines, with millions in stock options, and a golden parachute of bonuses is something characteristic of an industrial era pigeonholed by performance and returns on investment whatever the cost.

Instead, the importance of plugging into and reflecting consumer sentiment, and the value of bringing levels of emotional intelligence and empathy into the business world is something that is bringing far greater worth. Empathy is essential to providing better customer experiences. If you understand your customers, you'll be well equipped to give them exactly what they need. In her article Empathy in Business: Indulgence or Invaluable? Monica Tanase-Coles from Ashoka highlights that there is indeed growing evidence that organisations that have “happy employees, strong organisational health, empathetic leaders, and a social mission, outperform their peers”.

The notion of 'empathy as a social currency' is something which is gaining increasing prominence in the business world. In the book Humanize, Grant & Notter make the point that empathy is a currency that should be deployed in order to serve internal and external customers. Certainly, smart organisations know that employees are also customers. The valued employee often has a greater affinity with the organisation and wish to remain their longer, reaching out to make themselves an integral part across multiple areas, and not just where their current position may limit them to.

Often, the simplest way for companies to go about living up to higher expectations of empathy is for the heads of business to embody this 'culture' or vision. The perception of a CEO is inherently connected to a company's image, and one by proxy impacts the other. Yet organisations often make the mistake of thinking that the way to empathise successfully in business is to be your customer/employee's friend and speak to them as one. Yet "being human" is not the same as humanising your organisation. For example, during the horsemeat scandal, Findus' initial statement that "horsemeat isn't dangerous to eat" was illustrative of a company feigning empathy and not actually understanding concerns that consumers had at being miss-sold a product. The most successful organisations are those that manage to truly understand empathy in the word's most accurate sense, as expressed here by the Merriam Webster dictionary definition:

Many organisations may struggle in trying to tie their CEOs and corporate image to one synonymous with empathy – however, there are some clear steps that everyone can adhere too in an attempt to gain greater empathy.

However, as Tanase-Coles emphasises, whether we will embrace the potential of empathy as a foundational element for better business, team and individual performance, or will continue to look at it as a mere indulgence, a soft skill, a "nice-to-have" attribute, is something still to be decided on. But, as high-profile CEO's have started to demonstrate, there are benefits to plugging into consumer sentiment.

Human beings naturally like and want to work with people that they like, or that can empathise with them. Harper Lee's central character Atticus Finch, in To Kill A Mockingbird, famously said that "you never really understand a person until you consider things from his point of view - until you climb into his skin and walk around in it" and this is as applicable in one's professional life as it is in one's personal day to day interactions. I genuinely believe that people (like companies, which are after all run by people), no matter how bullish in their growth or assertive in their beliefs, will only ever get so far without empathy and the ability and skill set that comes from employing empathy in every situation. As Humanize tries to explain, it is only by understanding what it means to empathise that an organisation can implement the culture needed to serve both internal and external customers to drive increased loyalty, engagement, advocacy and collaboration throughout the organisation.