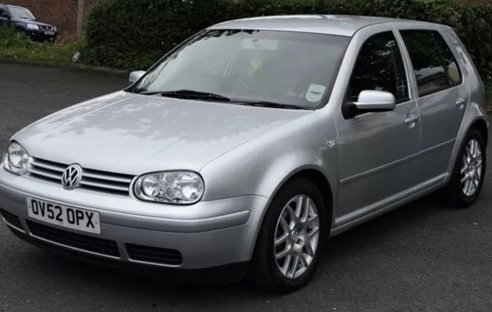 Prior to September 18th 2015, VW stood as a synonym for what’s best in Germany — honesty, reliability and efficiency. But what will become of the company now?

It may well be that the German car manufacturer has built up a big enough ‘reputational cushion’ since its inception back in 1937 to survive the scandal. Yes, the repercussions so far have been severe, with a 40% drop in share price, and predicted liability costs of up to 18 billion Euros, but I keep asking myself the question – ‘would I buy a VW car?’ and the answer continues to be a resounding ‘yes.’

What this scandal has demonstrated to me is that reputation and trust are far less brittle than I originally thought. They are built up through sustained actions and a demonstration of excellence over a long period of time. Even something as shocking and deliberate as the creation of a device that manipulates emissions tests by switching the engine into ‘safe mode’ has not fully deterred my loyalty, and that in itself is remarkable.

How should competitors respond?

VW’s recovery and performance over the next 12-18 months will be interesting to follow. Perhaps what will be even more interesting is to observe is how other global automotive manufacturers respond to the crisis. To me, the VW scandal seems to be indicative of an industry that could be doing a lot more to become both open and transparent with its stakeholders.

The public’s trust towards the car industry will be lower than ever before, but car manufacturers have a tremendous opportunity to come out and tackle other issues within the car industry, such as the myth around ‘miles per gallon’, the farcical costs of ‘optional extras’, as well as the general consensus that a car dealer’s sole aim is to sell as many vehicles as possible, using the most complex pricing system imaginable (providing free insurance and fuel for a year immediately springs to mind).

Take fuel efficiency for example, and imagine the power of a well thought-out communications campaign that shows (or somehow proves) the real-world fuel figures of its models. Rather than the traditional ‘urban’ and ‘extra urban’ figures that are often unrealistic, there has to be a more simple and compelling way of showing how fuel efficient a car is.

Equally, transparency around costing could be an equally powerful way of engaging with customers. Cars displayed in advertising and public relations campaigns are usually the top specification models, and significantly more expensive than the corresponding cost. In my opinion, potential purchasers are aware of this, and as a result have become sceptical. If car manufacturers can somehow get back to basics by simplifying their pricing methods, they can go a long way to regaining trust.

A focus on efficiency and innovation

Transparent communication is only part of the story though. Positive reputations are built through demonstrated actions, and in order for car manufacturers to compete with a booming second-hand market, car manufacturers must continue their relentless drive towards efficiency and innovation. Superficial changes are no longer enough, and the majority of new consumers will only buy ‘new’ cars if, indeed, they offer them something ‘new.’

Thankfully, there is some fantastic innovation taking place. Energy recovery through KERS systems and fully driverless cars could become a reality in the next few years. It is these kinds of technologies that need to be continually developed and shouted about. If the automotive industry can stamp out some of the niggling issues it faces that are putting consumers’ off, and concentrate on communicating about the most ground breaking technology in an open and transparent way, trust will surely be rebuilt.