The rise of "Brand Rishi”: what happens when brand communications meets Whitehall 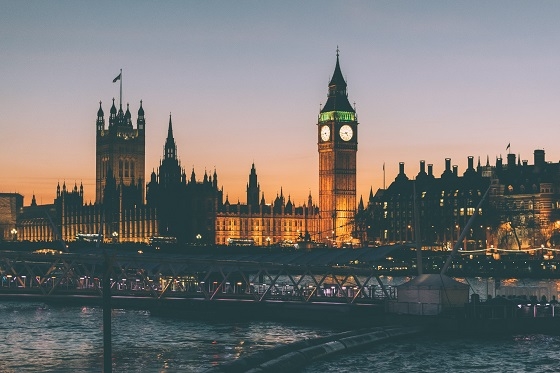 On Wednesday afternoon, the Chancellor Rishi Sunak delivered the Government’s budget – his second in the job. As he stood up in an eerily empty chamber, glass of water at his side (Ken Clarke was the last to enjoy something a little stronger – whiskey as it happens), the Chancellor delivered a budget against the most challenging economic landscape in our peacetime history.

Rather than dissecting the tax rises, the freezes, the policies and commitments, I want to take a closer look at the communication of the budget, explore ‘Brand Rishi’ and see what lessons we in the corporate sphere can take.

In 2007, I worked for the Conservative Party in their campaigning and communications team. As part of this I worked on the 2008 London Mayoral Campaign when the then underdog Boris Johnson took on the incumbent, Ken Livingstone. The biggest asset we had was the unusually strong political brand of our candidate, one of those political rarities, a first name only politician. Our campaign slogan was a pithy but effective “Back Boris”, easily adorning stickers, clothes and pioneering at the time – an oyster card holder.

Boris Johnson is now the Prime Minister but is his current next-door neighbour learning from the same playbook? Looking at Rishi Sunak, the answer appears to be a resounding yes. In truth, it isn’t hard to see why politicians want to create their own brands, not only giving them recognition for policies but also helping reach new audiences and of course potential voters. In addition, in the case of the Chancellor, this might also be politically prudent, helping him navigate his political journey from Santa Clause, waving his limitless cheque book at the start of the pandemic to Disney’s King John as he looks to raise taxes to bridge the spending gap.

Previously, a Chancellor would receive a stiff rebuke for communicating key aspects of the budget before he stood up before parliament however, ‘Rishi’ has taken a different approach. On Monday, two days before the budget, the chancellor posted a slick five-minute film, complete with emotive soundtrack highlighting his first impressions on becoming chancellor, his commitments and the upcoming budget – which now even has its own logo.

The video adds to the image of a modern, down to earth, grounded politician (that might be a little way from the truth), working hard to reach new audiences via the slickest social media operation in Whitehall, publishing well produced and thoughtful content complete with the scrawling ‘Rishi’ signature.

Indeed, the journalist Isabel Hardman recently wrote: “It’s not clear whether Rishi is announcing a package for the arts or launching his own aspirational menswear line”.

In another budget first, the chancellor held a press conference at 5pm on Budget Day where he took questions from members of the public and media. This will be followed on Thursday evening by an appearance on ITV’s Money Show with money expert Martin Lewis for a live Q&A.  Again, evidence that the Chancellor is very much tying his own personal brand to the budget and the economic policies in a way the previous residents of Number 11 haven’t done.

All this is certainly influencing his current polling numbers with more than a third of 2019 Conservative voters approving of the Chancellor relacing Boris Johnson as Prime Minister before the next general election. According to YouGov’s brand tracker only 21% of people consider him to be doing a bad job and in the Ipsos MORI poll from September 2020, two-thirds of voters were satisfied in his performance as chancellor. In this regard, the brand building exercise has worked well – up to now.

One of the issues Rishi Sunak will have to contend with is the changing political winds – he announced record borrowing (£234bn in 2021-22), a rise in corporation tax and a freeze on income tax – and ensuring that he does not look out of touch.

This could arise from the perception of style over substance or in his cheerful branding not quite reflecting the mood of the nation. Since moving into Number 11, Rishi Sunak has been tasked with spending money, his optimistic nature and the brand he has created responds well to this however, how will his personal branding change as he tightens the purse strings.

Likewise, he has very strong name recognition with his at the time very popular Eat Out to Help Out policy. Some have suggested that this might have led to a second wave (although the evidence isn’t conclusive) and should the policy face criticism in the future, Rishi’s signature is all over it – quite literally.

It can be a double-edged sword to be so instantly linked to a particular policy and whilst this is undoubtedly a positive when the policy is popular, the opposite is true should a policy turn out to be a failure. The Chancellor only needs to look next door for an example of this. From Boris Bikes to the failed Boris Bridge.

Ensuring the style is backed up

Another key issue whenever a leader – in any sphere – builds a personal brand is ensuring that this style can be backed up by substance. In July 2020, the Chancellor appeared on BBC Radio 4’s flagship Today Programme where he was asked about ‘Brand Rishi’, he responded in a light, slightly self-deprecating manner but was keen to point out that importantly, his personal recognition was helping to get the message out. Something it is hard to counter.

Listening to the chancellor give interviews, it is clear he is prepared to give direct answers to questions and importantly, he is able to communicate about the difficulties being faced and the resulting shortcomings in his response – the lack of support to some self-employed for example.  This has given the chancellor a more honest and grounded appearance since he took on the role – arguably he has been the best performing cabinet minister – including the Prime Minister – when it comes to communicating policies and a vision. As an aside, this will no doubt be a very valuable attribute come the next General Election.

The chancellor has had one of the most difficult first 12 months in a role that one could imagine and the next four years until the Election are likely to be harder still. It remains to be seen then the role that Brand Rishi will play as he navigates the difficult decisions ahead whilst maintaining his current popularity amongst the public and the commentariat. Likewise, it will be interesting to see how the current brand changes and adapts as the political weather shifts.

Good communications and branding are useful when the sun is shining – it becomes essential when the storm comes in.

James Hardy is an Associate Partner at Sermelo and joined the company in October 2020. He has over a decade’s experience in corporate communications and has advised some of the world’s largest companies on reputation management, strategic media relations, issues, crises and public affairs in sectors including technology, finance, FMCG and media and entertainment.
[br]Prior to joining Sermelo, James worked at Ketchum for eight years as a Senior Account Director working across the corporate reputation practice and led a number of multi-market cross channel communications campaigns. This has included advising FMCG companies on their sustainability communications and helping technology brands better position themselves as responsible innovators. James has also played a major role in advising executives on the development of thought leadership programmes, including managing their presence at the World Economic Forum in Davos for the past four years.[br][br]James has provided strategic counsel to a range of organisations to help navigate significant corporate issues. This includes helping navigate one of the UK’s largest consumer recalls for a white goods manufacturer and preparing a major broadcaster ahead of the 2017 and 2020 Olympic Games. James has also led on the preparation and training of communications teams in the manufacturing and food and beverage sectors.[br][br]With a passion for politics and policy, James has also worked across several public affairs campaigns, helping organisations manage complex policy issues such as Higher Education funding and the onset of the Sugar Tax. James has also helped prepare executives to engage in the political process including briefings with government departments and appearances at Select Committees.[br][br]Before joining Ketchum, James worked for the Prince’s Trust charity and The Conservative Party, advising on the communications strategy for the 2008 London Mayoral election.[br][br]James lives in London and is an avid sports fan.