The media: a reappraisal 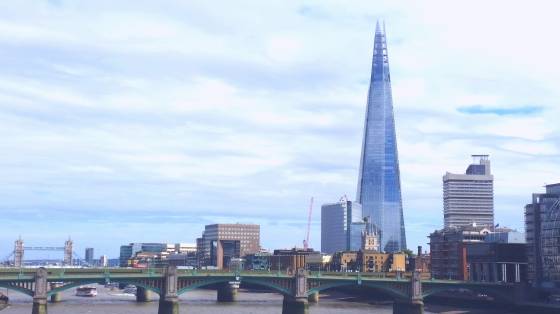 By the end of March, The Independent and Independent on Sunday had ceased to exist as print newspapers. Instead, as announced in February, both titles would merge and become an online-only presence. The i, which launched in 2010, will remain a print publication.

And in the same quarter, the Trinity Mirror had launched a new national paper in the form of The New Day, which promises a new type of paper, driven by features and optimistic content. In sharp contrast to The Independent, it has no online presence beyond social media channels, meaning that those who want to read its content can do so only by buying the physical paper.

The third major news news of Q1 came from News UK, which announced that The Times and The Sunday Times’ websites would merge and, beyond the morning edition of the paper, would be focusing on producing three additional online weekday editions, with deadlines of 9am, midday and 5pm.

These changes are some of those signalling a growing shift in the old rules of media. Outlets like BuzzFeed are simultaneously strengthening their video and feature teams, alongside news coverage. Broadcasters like Sky News are creating video clips for use on social media. Even stalwarts like BBC Radio 4’s Today are arguably changing their style, by taking a more light-hearted approach than they have done in the past.

The world of resourceful, young and competitive reporters, coupled with citizen journalism, means that is often difficult to claim responsibility for a story – one of the reasons why news has largely become commoditised. The goal is for reporters to have the scope to produce more considered analyses, rather than working within a never-ending news cycle.

Ultimately, challenging the traditional way of doing things for an improved reader, viewer or listener experience, all while remaining competitive, is not a bad thing.

But what does this mean for those of us who need to place a value of sorts on different types of media?

The ‘traditional media sell-in’ garnered the most kudos for the number of national print articles placed, and broadcast stories secured. But even despite statistics showing the higher reach and “shareability” of online pieces on certain outlets, national print has remained the Holy Grail for many organisations.

A mocked up version of The Independent’s front page appeared in Sky News’ paper review and has featured on the BBC News’ round up of newspaper front pages, prompting the question of whether or not online media can be treated the same as the newspapers. As an ex-newspaper, should The Independent remain listed alongside its ex-counterparts? And, in the same vein, what criteria should something from the ‘new media’ meet to be considered a peer to the nationals? Is there a future in which VICE News makes the paper review? Indeed, when will the paper review itself be rebranded?

The coming years will continue to be exciting for those involved in the media, and indeed for consumers of it in any shape and form.

For PR consultants, the challenge is two-fold and involves retaining a keen interest in following the “old media” (and instilling this in new recruits to the field), while simultaneously ensuring that they are up-to-date on developments in “new media.” This must all take place while ensuring that clients are equally well-informed, and that they understand the real value of the current media ecosystem, which presents huge opportunities in terms of audience targeting. This is what will enable us to demonstrate our real media nous.