The European Election Results in a 1000 words... 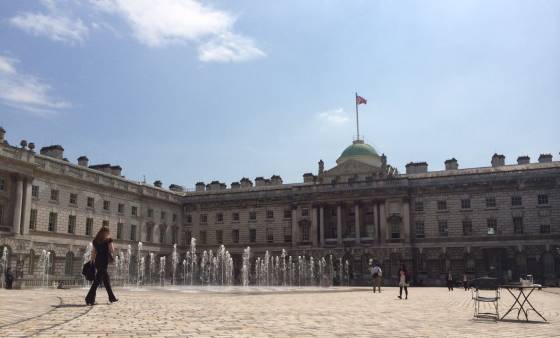 Even the most perfunctory glance at results from the European elections will have registered the popular rejection of the progressive political status-quo that has dominated the European project for the past twenty-five years. Understandably, the two biggest post-election spotlights have focused on the UK and France, where the surging UK Independence Party (UKIP) and resurgent French National Front (FN) secured 27% and 25% of their country’s popular votes respectively.

Whilst these are undoubtedly impressive showings for anti-mainstream parties, it’s easy to get carried away. Even though anti-EU protest parties will have some 129 seats in the new 751 seat European Parliament this is still a small overall proportion – with the pro-EU centre-right European People’s Party and the centre-left Democrats Party’s holding 404 between them. Given this, it is unlikely that the European Parliament will be voting for its own demise any time soon.

Despite this, ignoring the gains of the anti-establishment across Europe would be foolhardy – especially considering that many of them have won the popular majority of their respective national votes. The unfortunate problem facing the mainstream parties of European Member States, is that they seem to be having quite hard time in understanding firstly, why a substantial part of their support base has evaporated, and secondly how to get it back.

As with most political issues there is no simple, single-faceted solution. Whilst there has been anti-EU sentiment throughout the Union for decades, the recent financial crisis has undoubtedly provided a catalyst: following the 2007 financial crash European governments have imposed austerity drives un-paralleled in size and scope since the Second World War. When this is added to the mix of rising living costs, a growing disparity between rich and poor and vastly reduced socio-economic mobility, an understandable picture of disaffection and disengagement with the political status quo and its failures emerges.

On top of this, Europeans have seen substantial and relatively rapid changes to their way of life over the last decade – which for many have proved alarming and threatening. Following the accession of Eastern European States in 2004 and the arguable mismanagement of immediate, sizeable inter-union migration, there has emerged a polemic, largely amongst Western-European, white, working class voters, that immigration is at the root of all economic malaise and poses a dangerous challenge to the homogeneity of the nation state.

Despite the reality that such immigration has proved fundamental to expanding Western Europe’s service and retail industries and is an inherent facet of any successful society competing in a global market-place, fear of immigration and concern about the transfer of sovereign powers to an ill-defined, popularly alien power-centre in Brussels has become palpable – especially given the fact that the latter’s much promoted and much questioned currency union has been in free-fall for the best part of a decade.

Anti-establishment parties such as the FN and UKIP have become adept at fusing concerns over changes to the current sociocultural status quo with the difficulties and disillusionment prompted by a hostile economic climate. In addition, parties such as UKIP have tapped into to a popular alienation with the British political class which has been growing since John Major’s Government of the 1990’s and peaked prior to the last UK election following the Parliamentary expenses scandal. The FN has had similar success through highlighting the recent indictment of former President Sarkozy and the near unprecedented unpopularity of the incumbent Francoise Hollande.

The problem with such anti-establishment, protest parties is that they offer very little other than a coalition of opposition. This is both their biggest asset, in that they often attract anyone who is disaffected with the political status-quo, but also their biggest liability in that they have no practical, civilised solutions to the issues they pillory, aside from the populist coalescence of a frightened or naive group against an “other”.

Whilst improving economic prospects across the European Union will undoubtedly shift some popular antipathy back into apathy this will take time, far too long in fact for leaders such as the UK’s David Cameron who faces what promises to be perhaps the closest general election in a generation a year from now. Furthermore, to not engage with anti-Europeanism after such a demonstration of popular alienation could well be rebuked by the electorate at the next available opportunity as a tad undemocratic.

What then to do? Both governing parties in the UK and now France seem keen to confront their nationalist opponents head-on; promising a “reform” of the European Union and a “return” of its powers. In the UK to date this hasn’t worked – with the Conservative Party’s promise of a referendum on EU membership proving an ineffectual pander to the UKIP core. Across La Manche, the idea of a French socialist government moving to effectively compete on the far-centre right seems unlikely, with the potential caveat of the popular and charismatic chameleon Manuel Valls.

At the core of the problem is the lack of trust that European electorates seem to have in their established leaders. Even though Messers Cameron and Hollande are well aware of how increasingly integral the EU is to trade, jobs, growth, prosperity, security, power-projection, global competitiveness, foreign investment (the list goes on) they dare not articulate this to voters who will lambast them as unrepresentative and detached.

The only real solution is a restoration of faith in the elected by the electorate – no easy feat for cemented, professional political classes all competing for quick hits in the ideological centre-ground. Perhaps a place to start could be the basic re-establishment of individual parties’ core political principles – rather than attempting too often to be all things to all people, and then nothing as a result.

Given the extent of popular antipathy, it’s critical that change happens quickly, but unfortunately this seems unlikely. Instead, the very real fear is that political parties continue to construct a hopscotch of polices which veer from left to right to ideologically disenfranchised and then end up throwing the baby out with the bath water to appeal to the popular polemic of the day. Such a response to the anti-establishment challenge would continue the trend of short term politics for immediate political gain. Let us hope that Europeans don’t lose the long-term benefits afforded them through union as a result.