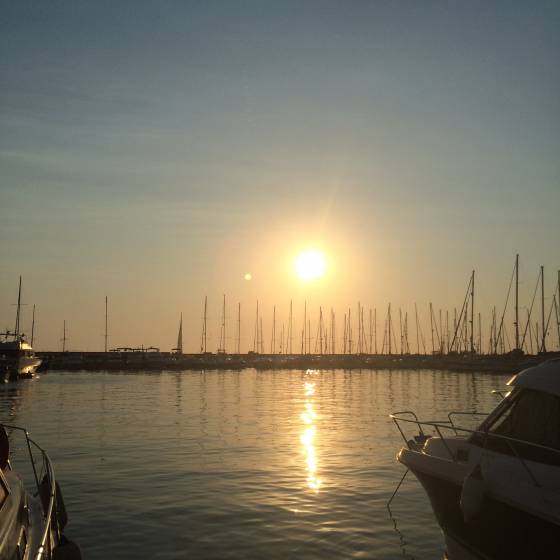 I like to read books that are set where I am going on holiday, so this summer I have been reading the Neopolitan Novels by the pseudonymous Italian writer Elena Ferrante. The presumably autobiographical Neapolitan Novels are a series of (so far) three volumes (My Brilliant Friend, The Story of a New Name, Those Who Leave and Those Who Stay). They explore the lifelong friendship between two women, Lila and Elena, who are struggling to escape the violence and misogyny of their Naples upbringing in the aftermath of the Second World War. This story is intense, violent and remarkably told. And after your holiday you will have the fourth and final volume to look forward to, which is due to be published in September.

The Man Who Mistook His Wife for a Hat, Oliver Sacks

If you want something to read that really challenges your existing notions of human experience you have to read this book. Oliver Sacks, Professor of Neurology at NYU School of Medicine recounts the weird, wonderful and sometimes harrowing accounts of notable patients he has worked with over the course of his career. It’s a fantastic book that really demonstrates human beings endurance and adaptability when the brain doesn’t function exactly how it should.

To Kill a Mockingbird, Harper Lee

Whether or not you decide to read the long awaited sequel, Go Set A Watchman, this classic tale from the deep South of America in the 1930s reminds us both of the progress we have made and the reality that discrimination, is its various guises, is still present in modern day life.

This book explores our ability to do more, with less – that is, to create significantly more business and social value while minimising the use of diminishing resources such as energy, capital and time. It’s the corporate responsibility book of our austerity times.

One of my favourite authors is Ayn Rand and I’d recommend anything written by her. In today’s world, where people’s individuality can easily be hijacked by societal expectations, the book reminds us how important it is (especially for creative folks like ourselves) to not compromise on our vision and nature.

This is the autobiography of Benazir Bhutto, the former prime minister of Pakistan. It’s an account of her return to Pakistan in October 2007 following eight years in exile, her struggle for democracy and moderation in Islam, and her firm belief in the power of dialogue as a catalyst for political change in Pakistan.

The Goldfinch was widely touted as a must read last year, but for me, Tartt’s debut novel The Secret History is the best of her writing. A captivating and truly original story about a group of university students, it is an incredibly haunting piece of literature.

Written in the 1920s, this short story tells the tale of Benjamin, who was born in Baltimore with the dramatic appearance of a 70 year old man. This short story was published as part of Fitzgerald's book Tales of the Jazz Age. It's interesting to note that the story is very different to Fincher's 2008 film adaptation, which takes longer to watch!