"I have enjoyed illustrating Mog again after so many years and am thrilled that this special Christmas story will help raise funds for Save the Children and the important work they do for children’s literacy."

As we enter the ‘golden age of turbo’, diesel cars could face a severe backlash. This BBC article explores this further.

News that the UK is going to be hit by a series of storms has been a big focus this week, with the first - Storm Abigail - making landfall in Scotland yesterday.

The immensely popular burger restaurant MEATliqour has further expanded its empire, opening its doors to Angel's Upper Street. Situated in a reconverted garage, the place has an industrial feel with its unique anf delicious take on traditional fast food. Don't expect cutlery, plates or being able to walk out the same size you came in!

As a resource for the latest thinking in innovation, the charity that supports just that is well worth a follow. Nesta showcases great ideas and provides much food for thought.

After attending an event at The Wellcome Collection on climate change - with Jon Snow and David Blood - we snapped King's Cross station which was looking eerily beautiful. 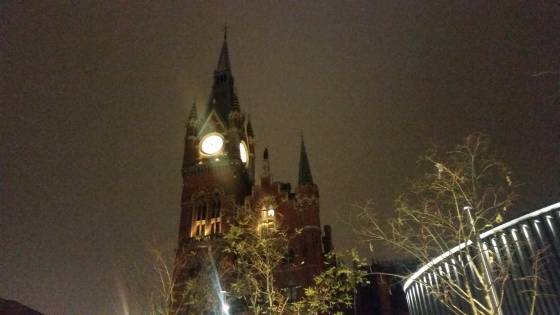