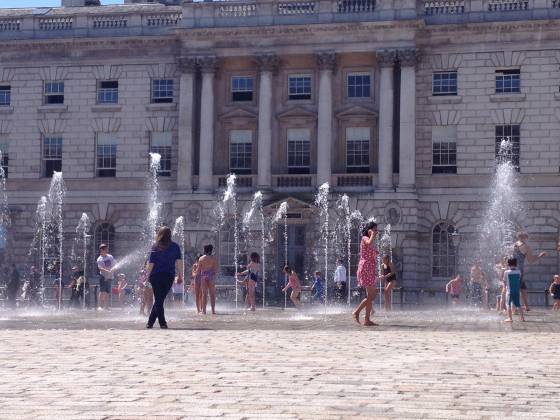 As I read last week about another 4.1% increase to rail fares here in the UK, it suddenly occurred to me that the only thing that ever appears to be consistent, unified and clear about Britain’s railways is indeed the price increases.

If you look at our railways from a structural point of view, there are 23 train operating companies in the UK that are owned by nine different franchise holders. This isn’t exactly helpful because the names of the companies don’t correspond with the areas covered. For instance, South West trains (owned by Stagecoach) unsurprisingly operate the South Western franchise, but then Virgin trains operate the InterCity West coast franchise.

There is more inconsistency though - it doesn’t help that both value for money and reliability varies greatly depending on which operator you are travelling with. For instance, I have experienced countless delays with South West trains, an operating company I have largely lost faith in. Yet when I’ve travelled with Chiltern railways, I’ve largely had a good experience and always found them to be on time, reliable and clean. Then there is the disparity in cost: why is it that I can get a train from London to Thame for around £10 but if I want to go to Oxford (a similar distance), it is nearly three times as expensive?

Add to this the fact there are 23 different Twitter handles all trying to keep passengers updated on the latest information on their specific line, and it’s no wonder that passengers are left feeling confused, frustrated and ripped off.

To me, the British railway system is in the firing line at the moment for two main reasons, and both could be solved (or at least, significantly improved) by clearer and more aligned communications:

Communicating the value for money

An intrinsic part of the ‘value for money’ problem is that price hikes don’t seem to correspond with improved service offered,  leaving passengers frustrated and short changed. This is a classic case of poor operator communications however; as whilst customers may not see or feel improvements, there is no doubt that line operators spend vast sums of money improving lines, the frequency of trains, and comfort of trains. Indeed, a recent statistic from the BBC showed that 48p of every £1 spent on rail fares goes to track maintenance and improvement.

Train operators must set aside their differences and communicate as one, unified voice in a far more structured manner (on a more consistent basis) to show exactly what parts of our railway infrastructure are being improved. If they are able to better keep travellers in the loop on this, any increase in rail fares will better be received.

Improvements also need to be clearly quantified. Research that shows increases in reliability and punctuality may be regional-specific, but must be communicated at a national level. It must be instantly accessible, and so clear to customers that it’s difficult to ignore. The general public must be reassured that every measure is being taken to improve our railway systems. That way, train operators can justify rising fares with a clear sign of why, during these times of austerity, tickets have to be raised above the level of inflation.

With 23 operators, there are now 23 different hotlines, 23 different Twitter handles and 23 Facebook pages. All of these platforms communicate delays on behalf of their company only. For many people, there is no easy place to check the status of trains, and only the most digitally savvy will follow ‘South West trains’ on Twitter, for example.

Again, communication needs to be more unified. There needs to be a ‘central hub’ of information that is easily accessible for customers so they can see every single delay across the country. This needs to be presented by region, and not by company, so that customers are kept fully in the loop.

When the British railways were privatised back in 1993 by the Conservative party, the intention was to bring improved customer service and efficiency to our railways. From a communications standpoint alone though, privatisation has brought about many new challenges. If train operating companies are serious about re-engaging with the general public and demonstrating their competence, they need to show togetherness and commitment by aligning their communications and becoming one unified voice.