Mind the gap: avoid the traps when telling your gender pay gap story 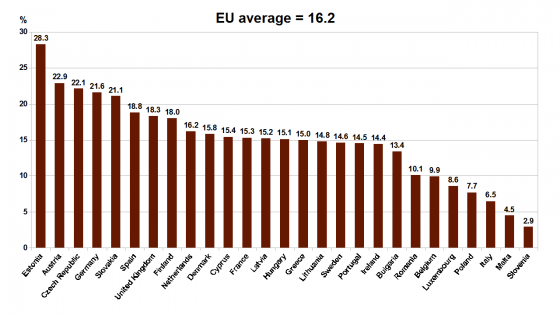 With a week to go until the Government’s 4th April deadline fewer than 4,000 companies out of a possible 9,000 have published their gender pay gap data. While organisations may fear negative headlines if they report a large gender pay gap, there is plenty more to be fearful of by staying quiet.

It is possible there will be flurry of organisations reporting their gender pay gaps on the 4th April in the hope that their story gets buried on deadline day. However, companies may find they have missed an opportunity by not reporting sooner. Putting your head above the parapet and telling your gender pay gap story does not only show your employees you care but demonstrates to wider stakeholders and society that you are playing your part in helping to address the issue. With careful communications planning there are ways to avoid negative headlines.

A gender pay gap may exist due to legacy or industry issues outside an organisation’s control and it may be beneficial to provide this context when communicating a pay gap.  However, explanation should never be used as justification or an excuse; simply saying that more men occupy senior roles or that there are fewer female engineers is adding to the problem. Instead organisations would be wise to follow Easyjet’s example. It explained it’s 52% gender pay gap by saying the vast majority (94%) of its pilots, who earn far more than cabin crew and other employees, are male. Rather than using this as an excuse, Easyjet revealed that it has set itself a target that a fifth of all new pilots recruited should be female by 2020, up from 13% now. Alongside this, Easyjet’s CEO announced a £34,000 pay cut to put him on an equal salary to his female predecessor.

Do draw comparisons to your peers

Gender pay gaps tend to be relatively similar within industries. On the face of it your gap might seem high or low but it might not actually be high or low for your industry. However, if yours is significantly higher or lower than your peers you need to be prepared for it to attract attention. For example Phase Eight, the fashion retailer, stood out for having a 65% gender pay gap, significantly higher than its industry peers. If yours stands out then acknowledging this and communicating the actions being taken to close it rather than hiding the gap will help protect your reputation in the long term. And, of course, if you stand out positively this is a great story to use to motivate employees and attract talent. 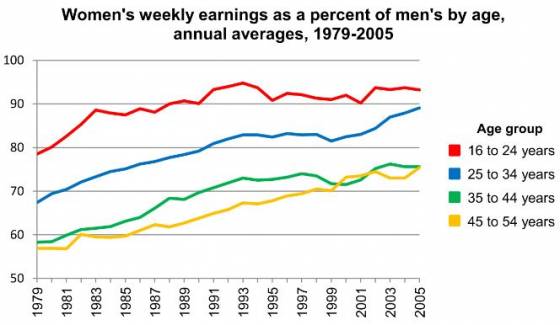 Graph showing the progress of the gender pay gap in the US. (Slow) progress.

If your organisation has a significant gender pay gap then it’s important to work with HR to develop a joint strategy for closing the gap and communicating this strategy externally. This could include reviewing hiring processes, marketing, mentoring schemes or reviewing parental leave or flexible working policies to attract and retain senior female staff.

Talk to your employees

A large gender pay gap can be a sensitive issue with the potential to create tensions and de-motivate staff if not handled appropriately. Make sure to give your employees the chance to ask questions and hear about the gap directly from the CEO. By communicating from the top your employees will know that it is an issue the organisation takes seriously. Also make sure your employees understand the difference between the gender pay gap and pay inequality.

If you have a very narrow or marginal pay gap then this is definitely something worth shouting about both externally and internally.

At the same time this is not the time to gloat if you have a large gap with females paid more than males. The same rules apply the other way round.

This isn’t a flash in the pan story that’s going to end on April 4th. Now is the time to start planning for next year and put in place a comprehensive internal and external HR and communications plan. Next year the risk of negative headlines will be higher as there will be pressure on organisations to show that they have taken steps to close any gaps. However, with a carefully planned and considered approach your gender pay gap story can help attract, retain and motivate staff as well as being a great driver for social change.