How can big businesses build trust in today’s environment? 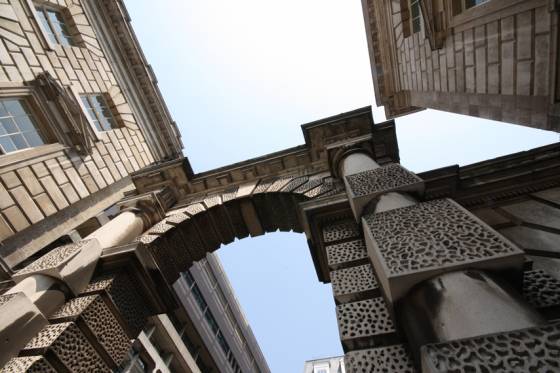 How can big businesses build trust in today’s environment?

Big business has a big problem. We are living in a world where organisations are facing a complete lack of trust. From the banks and the BBC to Starbucks, companies and institutions are being tried in the court of public opinion and are found wanting. Levels of public scrutiny are higher than ever before, and woe betide any company found to being creative with its tax, mis-selling to consumers or not doing enough for the environment.

Despite this, many companies continue to take the ‘ostrich approach’, digging their heads firmly into the sand and waiting for the next crisis to hit.  In turn – this perpetuates the climate of mistrust, as it gives the impression that rather than proactively trying to do the right thing, businesses are sitting tight and hoping not to get caught. It’s hard to learn to trust someone, when it seems that they are incapable of change, simply making the same mistakes time and time again, and hoping that those mistakes won’t catch up with them.

It’s not just that this trust deficit exists. People are better informed than ever before. News is easily accessible online, and for the most part free. People access information through their Twitter feeds,  via traditional media and by word of mouth. Consumers research a company before they buy from it. They expect businesses to behave appropriately, and, in some sense, work towards the greater social good. People still believe in capitalism, but not at the expense of social conscience.

Public relations, corporate consultancy, crisis communications: all of these practices should be about reputation management. It is (or should be) all about open engagement and trust. Placing fluffy research in newspapers may lead to hits in terms of coverage targets, but if your target audience does not trust you, then you have achieved nothing. If you’re vilified by those people you hope to turn into customers then it doesn’t matter how many times you appear in the press, unless that coverage is addressing your problems, you’re simply reminding people of a company that they love to hate.

Unfortunately, even for those companies who have recognised that they have a problem, there has never been a more difficult time to rebuild trust. It seems we are a nation of cynics, who see most CSR initiatives as cheap tricks to try and fool us into thinking that a company is trustworthy, when we know that this is not true.

So what can businesses do if their reputation has taken a battering? Obviously there’s no quick fix, ‘one size fits all’ solution. If I had one, I’d be a millionairess by now, probably several times over. But there are some basics that every company should be getting right:

In a time of crisis it is so easy to forget that huge group of potential brand ambassadors – the employees. For a big multi-national this can be hundreds of thousands of people. Good internal engagement projects can make sure that your employees know and embody your core brand messages.

It’s important to remember than human beings relate much better to other human beings than to large corporate companies. Try to avoid lots of jargon in statements, more often than not, this means nothing to your end consumers.

With the advent of social media, brands have more ways than ever to hear what their consumers are saying. Any brand that does not use these tools and to listen to what’s being said is going to have difficulty creating trust. It’s not enough to simply hear what people have to say. You need to react to it too. Take on board criticisms and see if there is a new way of doing things that addresses concerns.

There’s nothing the general public hates more than lies and secrecy. Being open, honest and transparent will go a long way towards creating trust.

If you do get something wrong, and who hasn’t occasionally, apologise for your mistakes. Don’t get involved playing the blame game.

Pretty self-explanatory, but you certainly won’t come up smelling of roses if you get into a fight with the media.

This is key. Don’t get caught up in the crisis dealing with the government or press but fundamentally forgetting who matters. Concentrate on delivering what you promise and high-service levels. The brands with great customer service are the trusted ones in the long run.

Businesses need to remember that no matter how tricky it may seem, building trust is of crucial importance. It may seem difficult, and sometimes it might seem like a battle that can’t be won, but businesses need to create stakeholder trust, and as consultants it’s our job to give them the tools to do this.