Has reputation become a key driver in shareholder value? 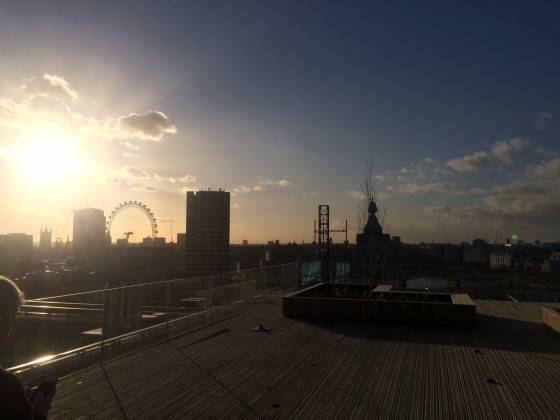 In the business world, the traditional view of reputation has always been that it is a by-product of a successful organisation. For instance, if a company displays financial soundness, sells good quality products, or undertakes in CSR focussed activities, it is more likely to have a better reputation than a company that doesn’t.

Furthermore, this so-called ‘reputation’ has always been hard to quantify or describe. In my view, many reports out there have tried (and failed) to accurately quantify reputation in a convincing way.

Earlier this week, I attended an event ran by a company called Reputation Dividend that announced the 2016 Reputation Dividend Report. The session made me challenge both of these assumptions - that reputation can be used as a driver in increasing shareholder value, and that it can be quantified in an accurate way.

Findings from the report

The overall report released a very interesting fact – according to their analysis, company reputations are contributing to £790bn of shareholder value at the start of 2016 – 36% of market capitalisation in the FTSE 350. Added to this, the economic impact of ‘corporate responsibility’ grew more than for any of the factors tracked, with positive perceptions boosting investor confidence and contributing to £53bn of shareholder value.

Diving deeper, the report ranks those companies where the reputational contribution towards their shareholder value is largest. Unilever tops the list in 2016, as its reputation contribution is 57.8% of its overall value. Unilever is closely followed by the likes of Shell, Reckitt Benckiser, Johnson Matthey and AstraZenec, which make up the top five. Other companies to make the top 10 include EasyJet, Shire and Sky.

Significantly, what this report does, is provide an ‘ROI’ on investment into reputation – i.e. – some companies are being more cost-efficient in the way they use reputation as a contributor to shareholder value (like Shell where the contribution is nearly 60%). Other companies, perhaps, could be either doing more, or are focussing on the wrong things.

Quantifying reputation: What does this mean for communications?

One piece of analysis from the report is particularly significant for communications professionals today.

The report analyses the reputational value of the FTSE 350 and ranks and identifies the individual components. For instance, the single most valuable component in 2016 is the impression of ‘financial soundness’ which adds £176bn of value (or 21%) of reputation value across the index.

The second and third most significant factors are the ability to ‘attract, develop and retain talent’ and ‘quality of leadership’ which account for 14% and 13% of reputation value across the industry respectively. While both of these characteristics are delivering substantially more value than the year before, the increases were proportionately less than seen in the growth of ‘community & environmental responsibility’ which is now up to 6%.

This kind of insight is significant. It can empower communicators to dive into multinational organisations and see whether communications is adding the most value that it possibly can. It can help communications professionals identify whether organisations are focussing on the right areas that really resonate with investors today, and adjust activity accordingly.

Using this kind of information as a starting point, organisations that want to build reputation (and increase the ratio of ‘corporate reputation’ within the overall value of the company) should develop narratives across all of the key components of what constitutes ‘reputation’ today. These include important areas such as ‘the ability to attract talent’, ‘capacity to innovate’, and ‘use of corporate assets.’ Only an all-encompassing communications campaign that takes into account all of the key drivers of reputation will truly be able to use reputation as a driver of shareholder value.

On the flip side, there is a saying that goes 'the higher you climb the harder you fall.' Those organisations that have a greater reputation contribution to their overall value must seek to maintain it. They will have to continue being proactive in communicating around those individual components of reputation that will maintain their elevated status. If they don't, they could find their shareholder value in decline. Again, this presents a great opportunity for communications professionals today.