Debating Europe: a US perpective 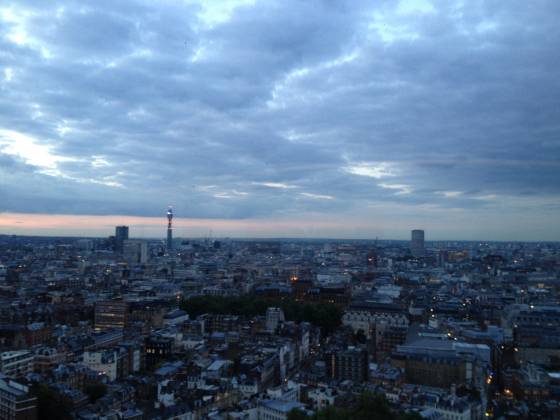 “To be in, or not to be in”, to paraphrase Shakespeare, is the current name of the game surrounding whether or not the UK will continue to be a member of the European Union. For US investors in Europe and the UK a British exit, or “brexit” to use the now somewhat tired uniform- colloquial, could be extremely problematic for their European operations.

One of the main points going for the UK in terms of US investment is that it’s a good place for American companies to set up their pan-European shop. The language is the same, both cultures are similar, it’s an hour closer to home, taxes are relatively low and London is a lot of fun. On top of this, as part of the EU, UK operations have free access to the rest of the European market, there are no restrictions on freedom of movement and regulations and standards are harmonised. All this could change should Britain decide to go it alone.

Anti-European sentiment has been growing in the UK for a while and has peaked recently – with the anti-European UK Independence Party (UKIP) emerging as the most popular overall party in European elections held in May. This has caused panic amongst the UK political establishment, and amongst the governing Centre-Right Conservative Party in particular – who have seen a substantial part of their support base defect to UKIP.

To counter this, the Conservative Prime Minister David Cameron has been frantically attempting to convince voters that he wants to get sovereign powers repatriated from the EU’s bureaucratic centre in Brussels. Whilst the main theme of his efforts have been around a renegotiation of the existing EU-UK treaty, followed by a popular in/out (of Europe) UK referendum around 2017, Cameron’s pivot the Eurosceptic right has also been exercised in other areas - most recently in a re-shuffle of the UK Government which has brought anti-EU members of the Conservative Party to the fore.

With less than one year left to the UK general elections, this promotion of Eurosceptics is primarily to court UKIP voters and show that Cameron is serious about renegotiating the terms of the British membership to the EU. Following William Hague’s own resignation as Foreign Secretary, ahead of his retirement from politics next year, Philip Hammond – a Eurosceptic - will take over in the Foreign Office. He recently stated that he would vote against staying in the EU under current conditions. Hammond was succeeded at the Ministry of Defence by Michael Fallon, another Euro-critic.

In addition, Cameron demoted anyone who could come off a Europhile, such as the veteran Kenneth Clarke, until recently at the Cabinet Office. Former Attorney General Dominic Grieve, who’s warned of the dangers of curbing human rights in the UK by withdrawing from the European Convention on Human Rights (ECHR), was replaced by Jeremy Wright whose position concerning the same issue remains less known.

In contrast however, Cameron’s designation of the little known Lord Hill as the UK’s new Commissioner to the EU, succeeding Catherine Ashton, who’s been serving at the highest level as High Representative of the EU for Foreign Affairs and Security, sends a signal that he is serious about making Europe work for Britain and is keen to ensure that the UK remains within the fold. Hill is a man trusted by the Prime Minister, and supported the then Prime Minister John Major during previous UK-EU negotiations in Maastricht during in 1992 when Cameron was a junior government advisor cutting his political teeth. In addition, Hill has extensive experience in the private sector, and set up his own political consultancy Quiller Consultants in 1998. These skills will not only be critical in  delivering a renegotiated EU-UK settlement in the long term, but will also be vital in securing an important portfolio within the European Commission – the EU’s executive body – and then executing it effectively.

Given all this what does Cameron’s reshuffle mean more broadly, and for UK-based foreign companies specifically? At the macro level, it is simply one more step in a broader Conservative initiative to address anti-EU sentiment amongst the UK electorate, but many small steps such as this over a period of time could easily leave the UK on a one-way path towards European isolation. Crucially, such a move would also encourage questions by investors (including those in the US) as to whether their European operations are best placed in Europe or on a non-aligned island just off it?

The next critical juncture in the UK’s Elsinoreian saga will be the UK general election in May 2015. Should the Conservatives form the next UK Government (as is highly possible), we can be guaranteed more of the Eurosceptic same. Whilst the UK is by no means out of Europe yet the next five years are crucial. If your company has European investments in the UK, you need to watch this space.