A month or so into this new year, it’s useful to have a look back at the major trends of 2019 and see what we can learn from them. In the financial industry, there is one theme that stands out above the rest; environmental and social governance (ESG) – the factors used in measuring the sustainability impact of a business or an investment. This focus on ESG reached its pinnacle in the run up to the World Economic Forum at Davos and at the event itself.

It is no longer economically viable, in the view of many companies, to invest without considering environmental and social consequences. This trend is not exclusive to the financial sphere.

For years, having a robust environmental record was a handy and reliable publicity move. A well-established environmental policy was a great way of highlighting the socially conscious and compassionate side of an organisation, something that can often be so hard to convey. Yet, as many companies have discovered, it can be a double-edged sword. Promoting a company’s new sustainability initiatives can lead to accusations of “greenwashing” after decades of unsustainable and damaging business practices, and the media and public backlash could be fierce. So, in this age of increased scrutiny, communicators are going to be more important than ever in getting the message right.

Here’s a few tips on how to proceed with communicating your company’s message.

For a start, be honest.

In recent months, Ryanair seems to have adopted a new PR strategy, trying to paint itself as a caring carrier and distance itself from its historical reputation. An admirable task, and what better place to start rebuilding its reputation than by highlighting the company’s improved environmental record?

With a new director of sustainability at the vanguard, Ryanair marched into 2020 with a mission to show the world that the company has a fantastic environmental policy. The company pledged to go plastic free, introduced an optional carbon offset payment for customers, and aimed to have the lowest carbon emission per passenger. Their adverts emphasised that if you flew Ryanair, your personal carbon contribution would be lower than if you flew with any other airline.

A great idea in theory, but unfortunately the company went one step too far in claiming to have “the lowest carbon emissions of any major airline”. The adverts were reported to the Advertising Standards Authority as being potentially “misleading”, with complainants asking whether these claims “could be substantiated”. The ASA certainly agreed, and the adverts were banned. The ASA ruled that “the evidence provided was insufficient to demonstrate that Ryanair was the lowest carbon-emitting airline”.

While the company were among the lowest emitters of carbon per passenger, Ryanair was also the EU’s ninth-highest corporate carbon emitter in 2018 - the first company to make this top 10 list that wasn’t involved in the coal industry. Consumer backlash was predictable, with accusations of “greenwashing” quickly surfacing. The campaign was, for many people, out of touch with the reality of the global climate crisis, drawing negative attention to the huge carbon emissions of the airline industry at a time where it certainly didn’t need anymore criticism. 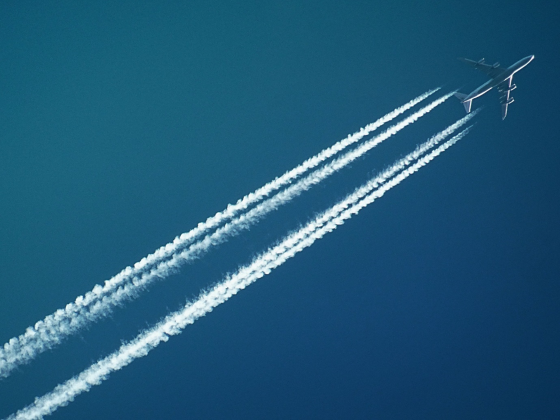 Goldman Sachs is another company that has also been promoting its improved environmental policies. Unlike Ryanair, Goldman has taken a more balanced tone and approach with its communications and PR strategy. The bank’s communications have been a mix of humility, optimism and honesty, simultaneously highlighting the good work the company is doing whilst also recognising the need for industry-wide change.

In a December issue of the Financial Times the company’s CEO, David Solomon, set a 2030 target of $750bn for sustainable development in “climate transition and inclusive growth finance”. This came alongside a formal ban on investing in drilling operations and a ban on any coal related activities. The announcement was clear; from a sustainability perspective, Goldman Sachs had historically not done enough, and it was no longer acceptable for sustainability to be a peripheral issue. Instead, the company was going to lead the way in this area.

Although the $750bn target is impressive, more admirable is the transparency the company sought to convey. Unlike Ryanair, the company avoided a triumphalist tone, instead adopting a more serious and determined tone that has been well received by many environmental groups. With sensitive issues like this, this humble and measured approach is often best.

This greater focus on the environment and sustainability isn’t going to disappear anytime soon. Globally, we are in the midst of a significant change of approach, and no one wants to get left behind. Good communications strategies rely on swift and timely actions, but if a company is going to get ahead the message must also have substance to back it up.

It’s no good highlighting a sustainable initiative that isn’t really doing anything in the grand scheme of things – or worse, pretending to be sustainable when the opposite is true  - act now, and act decisively.

Julius joined Sermelo in 2020 after graduating from Durham University. He has previously worked in communications at TMF Group, where he gained important insights while assisting in researching and writing their external communications and financial studies.