Coalition is the new black 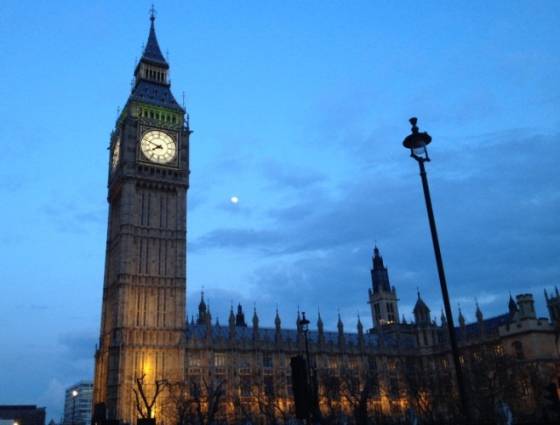 Coalition is the new black

While the political battle rages on, the main UK political parties agree on one thing – there will not be a majority come 7 May, and that the formation of a coalition government is inevitable. The latest BBC Polltracker put the Conservative party ahead with 34%, Labour at 33%, and UKIP (13%), Liberal Democrats (9%) and Greens (5%) trailing.

Despite Cameron’s anti-European discourse, promises of an exit referendum in 2017 and austerity measures over the past five years, many commentators agree that the 2010 coalition government has been more successful than expected. It has been comparatively effective in improving the country’s economic situation against the backdrop of the 2008 financial crisis and the economic downturn that followed. The jobs market has been growing and consumer confidence has returned to levels that haven’t been seen for over almost a decade.

So, while British political culture has traditionally been characterised by a two-party system, the current political landscape suggests that a coalition may be more than a 2010-2015 exception. Although the UK typically shies away from looking to the Continent for guidance, in this instance, it may actually provide some comfort. Despite the rocky economies and sustained financial shocks experienced by the Eurozone, this has interestingly occurred alongside the dominance of coalition governments across the region that have, by and large, remained stable and resilient.

In line with many other Western democracies, the UK is battling with lower turnout and participation, generally caused by disillusionment with the more established parties. As a result, voters are looking to other alternatives, which explain the rise of less established groups, such as the Green Party and UKIP. According to the BBC Poll Tracker, UKIP is now the UK’s third largest party and has remained stable with a hold on 13-15% of voting intentions for a few months now. It is clear that UKIP will be a force in British politics, whether included in a coalition or not, and this is something the winning parties will need to consider.

From a simple stakeholder management perspective, by involving a broader range of viewpoints in the decision making process, it is more likely that the decisions made face lower opposition, and indeed have a larger number of “champions” fighting their cause. Yes, this results in a more complex process prior to passing a piece of legislation or giving the green light to a major investment project, but it ensures greater long-term success.

For those dealing with these stakeholders, being more knowledgeable, creative and flexible in order to navigate this complex mosaic of views and agendas will become a critical skill. Experience, combined with comprehensive understanding of the various stakeholders and their playing fields, will be essential in order to ensure the success of any stakeholder outreach. The true challenge over the next five-year period is understanding this and adapting communications strategies accordingly.

Right now, all eyes are firmly on each nuance in different parties’ campaigns, and the resulting reactions. But what will be more interesting – and useful to those managing corporate affairs remits – will be a consistent and in-depth examination of the post-election landscape and all those involved in it.