CSR communications in an activist’s world 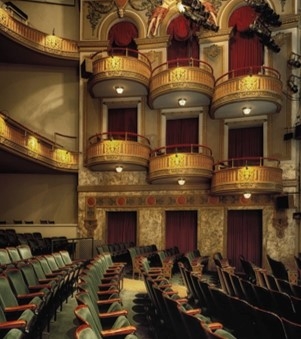 The move from Corporate Social Responsibility to Corporate Purpose has been much documented (including in my blog here!).  As I argued then, it’s unlikely that big organisations focusing on their contribution to the world outside of making profit could be viewed as a bad thing, but some of the ways in which companies have shown this commitment are now being called into question.  A recent example being the Royal Shakespeare Company (RSC) ending their ‘£5 ticket scheme for 16 - 25-year olds’ partnership with BP.  The RSC cited the partnership creating a barrier between the RSC and young people, in light of the climate emergency.

CSR has often been viewed by large corporate organisations as a means of providing and protecting a license to operate.  By demonstrating commitment to corporate governance, the environment, the communities they operate in, and developing and training the next generation, big businesses protect themselves from burdensome regulatory or shareholder pressure.  But perhaps the mechanisms for demonstrating that responsibility and commitment are now becoming a cause for stakeholder pressure, rather than a defender from it.

As we move forward there is a question over whether CSR or even corporate purpose will be enough – and certainly whether some more traditional CSR methods, such as arts funding, will need to change.

The rules for positive engagement

What is clear is that corporate communications in this landscape is becoming increasing complex.  Organisations should want to publicise the positive impact they have through CSR or corporate purpose initiatives, but should be mindful of the following when doing so:

1)      Being involved. Gone are the days of siloed communications, across the board in my experience, but especially for CSR.  Given the broad spectrum of stakeholders, including customers, shareholders, politicians and governments, activists and current and future employees, ensuring that all communications disciplines are involved is vital.  PR, public affairs, social media, internal communications and in many cases legal should contribute to developing communications plans for these activities and so that everyone understands the wider context of any corporate communications.

2)      Timing it right. Connected to this – work with the business to ensure that any announcements support rather than conflict with other key business events.  For example, make sure that if announcing financial performance results coincides with the announcement of a new charity partnership, it’s a strategic choice rather than accidental timing.

3)      More isn’t always better. Often those involved in each workstream, charity partnership or environmental initiative will consider it newsworthy, but not everything is suitable for every audience.  Being selective and strategic about what is shared and how, will often mean it has more impact.  What will resonate most with political audiences might not be so relevant for shareholders or customers, so be ready to explain internally how initiatives will be communicated and why.

4)      Prioritise internal communications.  If employees, who should be key advocates for the business, don’t know about or believe in the CSR/purpose activities, then external stakeholders won’t.

5)      And finally, never has it been more important to really demonstrate the relevance or connection of the activity or initiative to the business. Philanthropic support entirely unconnected to a company’s expertise and operations is viewed with cynicism and can be counterproductive – as shown, perhaps, with the RSC – BP example.  A good way to test this is to find a colleague outside of communications who hasn’t been involved with the initiative and explain why it’s important – if they don’t understand or believe it, external stakeholders are likely to feel the same.

Ele has over 15 years’ experience working in corporate communications and public affairs, working across a range of sectors including retail, technology, manufacturing and healthcare. Her expertise includes messaging and strategy, stakeholder engagement, campaign planning, issues management, and corporate responsibility communications.