Brexit and the Nordic partnership – stay or leave? 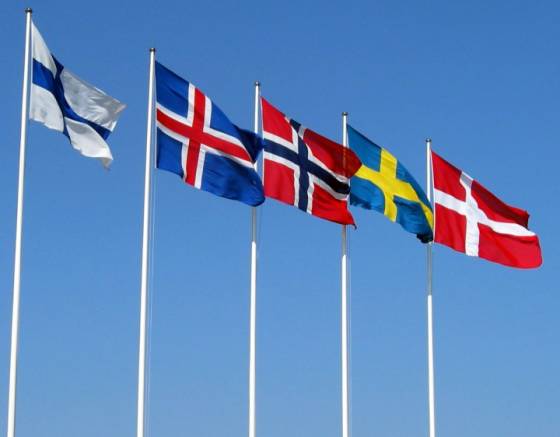 In the Brexit debate, comparison is often made to Norway – which has been used as a political football countless times in both the ‘Leave’ and ‘Remain’ campaign. Norway is a nation where the people have turned down an EU membership not only once, but twice (in 1972 and 1994 respectively). Today, only 15% of Norwegians say they would have voted yes to the EU. Why? An important reason is the Nordic partnership, a collaboration relatively unknown to the rest of the world.

In many ways, Norway is in a unique position. It has a strong economy and a GDP per capita that most other countries can only dream of.

The Nordic Union: the three Scandinavian countries, Denmark, Sweden and Norway was reigned by the same queen already in the 1300s.  Since then, we have been at war with each other too, but first and foremost traded with each other across fluid borders.

Since 1950, the five Nordic Countries (Scandinavia + Finland and Iceland) have had common agreements that reach far beyond what part of the EU have with each other today. For 60 years, we’ve been able to travel across the Nordic borders without passports; all citizens have the right to free hospital treatment in the country they are currently staying; everyone can apply for secondary education in the country of their choice, and there is an open labour market. Tax agreements and pension agreements are reciprocal, and digital solutions, as well as a strong focus on transparency,makes it all remarkably agile.

These days there is talk of forming an even stronger Nordic economic union. Two profiled professors – Torger Reve from BI Norwegian Business School and Örjan Sölvell from Stockholm School of Economics - have started to examine the synergies between Norwegian and Swedish industry and trade. The findings are interesting. The Nordic countries have a very open economy compared with EU’s largest member countries, and the feasibility study shows that the Nordic countries do not compete on many areas, but rather share many common synergies. With only 25 million people in total, the Nordic countries make up the world’s 11 largest economies.

Of course, there are critics as well. In Norway and Iceland, the EU critics are of the opinion that the so-called independence only exists on paper. While both countries are part of the EEA agreement and have to follow most of EU’s new laws, they are not invited to the table where laws are made. In fact, today there are more EU-directives ratified in Norway than in France. Norway also transfers large sums directly to several countries in Southern Europe to be left alone when it comes to certain important issues for the country.

Will the UK be alright without the EU? Of course, although it might have an economic price. But everyone wants to trade with everyone. Daily life will change for students, businesses and others. But daily life will continue. Independence has a price and a gain. The questions is how much you think its worth.