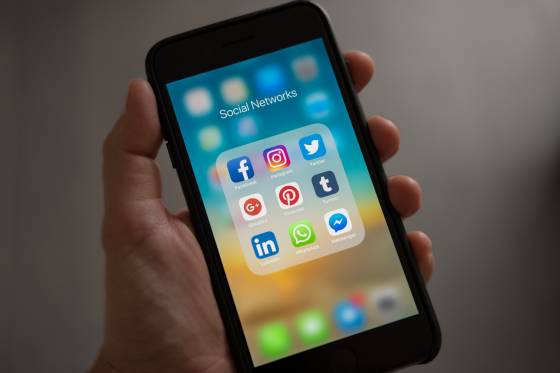 In today’s increasingly saturated market, people crave genuine and natural connections. Customers want to not only understand the products and services they are purchasing, but also the individuals and companies behind them. It has become clear that if businesses are going to truly draw people in 2021, they need to form an emotional connection with their audience.

In recent years the importance of using an organic communication style for this task has grown exponentially; natural forms of communication allow people to connect to an emotional story which can legitimises a brand and its purpose. Engaging with people beyond traditional advertising is essential for this, particularly for large businesses and their senior representatives, as this allows companies to sell themselves in a more frank and sincere manner.

Social media is unsurprisingly a key part of this issue, as building a presence on platforms like Twitter, LinkedIn, and Instagram – for both b2c and b2b companies – has increasingly become more than just a nice-to-have. CEOs in particular have demonstrated the benefits of using these platforms to quickly reach and interact with target audiences, sharing their voice directly with their followers away from the glitz and glamour of advertising campaigns.

One great example of this comes from Ben Francis, who is the founder and CEO of Gymshark, a brand that specialises in gym apparel. Francis is a very young CEO – he founded Gymshark when he was still a teenager in 2012 – so perhaps it is less surprising how adept he is at utilising social media. Nevertheless, Francis represents a great model for executives of all ages to aspire towards; Francis uses a personal LinkedIn blog series and YouTube channel to share his story and the lessons he has learnt along the way, building an engaged audience of fans.

Clearly this form of direct communication is positive, but it’s important to ask – at what stage can organic, unfiltered communication go too far?

A series of recent high-profile cases have brought this issue to the fore, as some CEOs have simply crossed the line when it comes to their public tweets; executives at some of the biggest companies on the planet haven’t practiced a think before you tweet policy, instead sharing thoughts best kept private.

Jitse Groen, the CEO of Takeaway.com which owns Just Eat, provides one such example of this. A recent Twitter spat between Groen and Dara Khosrowshahi (CEO of Uber) resulted in investors warning that Groen’s behaviour was potentially significantly damaging Just Eat’s market value, as each executive attacked the others business’ practices[1].

Groen’s behaviour, however, pales in comparison to the king of inappropriate CEO tweeting: Tesla CEO, Elon Musk. Although Musk has clearly benefitted somewhat from using social media to cultivate an audience of online devotees, his incredible missteps on Twitter should remind CEOs and brands everywhere of the power of restraint. For all the good, there have been a lot of bad – tweeting that the price of Tesla stock was simply too high, which led the company to trade at a price 10% lower the next day[2] – and some frankly ugly – calling a British diver involved in saving a group of Thai boys trapped in a cave system a ‘pedo guy’[3] – tweets. Musk clearly stands as an example of how unfiltered communication can go too far, as he has effectively plunged his own company into crisis mode on regular occasions. 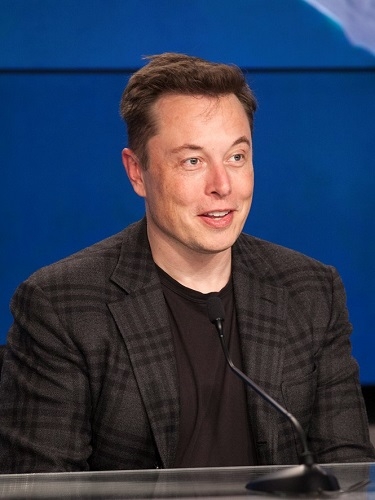 CEOs and the PR pros advising them should aim for a happy middle, communicating with people on an emotional level whilst also keeping certain sensible parameters in place.

Guiding public spokespeople to use their own natural voice and words on social media is a great starting point. Modern consumers can often see through and spot copy which has been produced with little consideration for the spokesperson it has been attributed to. Obviously, a real voice best comes through when the spokespeople are actually writing the posts directly themselves, but in some cases this isn’t possible. PR professionals should carefully consider the tone and language the spokesperson usually naturally uses, focusing primarily on this instead of stuffing social media copy with generic brand buzzwords.

Encouraging senior executives to start a blog is also a great way to emotionally connect with people both externally and internally within an organisation – as demonstrated by examples like Ben Francis. Although less direct than Twitter, for instance, blogs can be used as a great way to help a senior executive establish their natural voice; they can use them to communicate personal stories and opinions in a straightforward manner. The more long-form nature of blogs also means the content is inherently more considered and they can also be vetted for any comments which may impact a company’s reputation.

Generally, it’s important to not be too prescriptive as this can defeat the ultimate purpose: executives finding their own genuine voice. They must feel comfortable in whatever medium they decide to use, be it social media or blogs, as this will best allow them to form an emotional connection with their audience. They’ll be able to present a true version of themselves, one which can be trusted and relied upon, in turn making their businesses and products more appealing to customers. As we’ve seen there can be limits to this, as some things are definitely best left unsaid. The CEOs who understand this balance will fare best in 2021 and beyond, cultivating connections whilst understanding when it’s time to put the phone down.

Sam joined Sermelo in April 2020, bringing with him over a year’s worth of experience in the world of corporate communications. Previously at W Communications he has worked on a diverse range of business-to-business clients, such as a Manchester based Venture Capital firm, a global adtech company, and an industry leading in-store solutions provider, primarily delivering content creation and media relations. Sam has also worked with a number of consumer facing companies, helping to increase brand awareness and public trust.

Sam’s role at Sermelo sees him continuing to utilise his content creation and media relations skills, applying them to clients like FM Global and International SOS. Before starting his career, Sam completed two degrees at UCL with a BA in History and MSc in Public Policy. Away from work, he is a big film fan and also enjoys following many American sports, particularly the NFL.